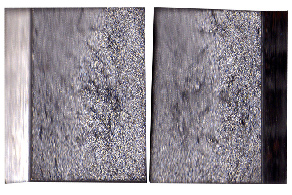 The term cast iron is used to describe an entire family of metals with a broad range of properties. Like steel, it is also a generic term that designates a family of metals. Both steels as well as cast irons are mainly iron with carbon (C) as the prime alloying element.

While steels constitute less than 2% and generally less than 1% carbon; all cast irons comprise more than 2% carbon. Two percent is the maximum carbon content at which iron can become solid as a single phase alloy with all of the carbon in solution in austenite. Therefore, we can say that cast irons solidify as heterogeneous alloys and always contain more than one constituent in their micro structure.

Along with carbon, cast irons also contain silicon (Si), generally from 1–3%, and hence, we can say they are actually iron-carbon-silicon alloys. The high carbon and silicon content of cast irons make them excellent casting alloys. The melting temperature of cast irons is significantly lower than for steel. Iron when melted is more fluid than molten steel and is less reactive with molding materials. During the solidification process, low density graphite is formed in the iron. This low density graphite reduces the change in volume of the metal from liquid to solid state and makes it possible to produce more complex castings possible. However, as a matter of fact, cast irons do not have adequate ductility to be forged or rolled.

Cast irons come in a variety of types, however these cannot be specified by chemical composition because of the similarities between the types. The table given below shows the distinctive composition ranges for the most frequently determined elements in the 5 generic types of cast iron.

For the commercial purposes, the range of compositions can be categorized into a sixth type - the high-alloy irons. These have a broad range in base composition and also constitute other elements in significant quantities.

The presence of some minor elements also is critical to the successful production of different types of iron. For instance, nucleating agents, known as inoculants, are used in the production of gray iron to control the type and size of graphite. While bismuth and tellurium are used in little quantities to produce malleable iron; the presence of a few hundredths of a percent magnesium (Mg) drives the formation of the spheroidal graphite in ductile iron.

Moreover, the composition of an iron requires to be adjusted to befit specific castings. A particular composition of metal cannot be used to produce small and large size of castings of the same grade of iron. Due to this reason, most of the iron castings are purchased on the ground of mechanical properties instead of composition. An important exception is for castings, which necessitate special properties, such as - corrosion resistance or elevated temperature strength.

The different types of cast irons can be classified on the basis of their micro structure. The classification depends on the form and shape in which the major component of carbon occurs in the iron. This system facilitates five basic types - gray iron, ductile iron, malleable iron, compacted graphite iron (CGI) and white iron. All these different types of irons can be heat treated or moderately alloyed without altering its basic classification. The high-alloy irons, which normally contain over 3% of the added alloy, can be separately classified as gray or ductile iron or white, however the high-alloy irons are classified commercially as a distinguish group.