The term Cast Iron describes a large family of ferrous alloy. It contains 2-4% carbon, along with silicon, manganese. Cast irons are produced in specified shapes for processing by machining, heat treating, or assembly. Sometimes, to meet certain requirement it can be forged or rolled. Cast iron is produced by melting pig iron and then combining it with steel or scrap iron.

Normally, cast iron contains silicon up to 3%. Though, it may vary while making special compositions, such as: 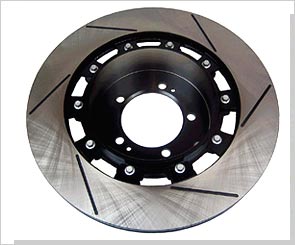 Cast iron is produced by melting pig iron. Often, this melting is done along with scrap steel and scrap iron. It also involves a number of steps that leads to the removal of undesirable elements (phosphorus and sulfur).

Types of Cast Irons During solidification, the major proportion of the carbon precipitates in the form of graphite or cementite. When solidification is just complete, the precipitated phase is embedded in a matrix of austenite which has an equilibrium carbon concentration of about 2 wt%. On further cooling, the carbon concentration of the austenite decreases as more cementite or graphite precipitates from solid solution. For conventional cast irons, the austenite then decomposes into pearlite at the eutectoid temperature. However, in grey cast irons, if the cooling rate through the eutectoid temperature is sufficiently slow, then a completely ferritic matrix is obtained with the excess carbon being deposited on the already existing graphite.

Cast Iron Alloy Castings Cast iron alloys are widely used in casting applications for their characteristics, such as strength, good strength to weigh ratio, economical price, and availability in abundance, capability to produce complex geometries. The cast iron castings are used in a variety of applications, such as automotive, agriculture, appliance, and more.