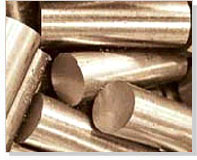 Iron alloy, as the name suggests, is an alloy that have iron as the principal component. Iron is used as a constituent in most of the commercial alloys. For example, iron is the major component of wrought and cast iron and wrought and cast steel. Iron can be alloyed with manganese, silicon, vanadium, chromium, molybdenum, niobium, selenium, titanium, phosphorus, or other elements for commercial use. Some iron alloys are also used as addition agents in steel-making. There are special-purpose iron alloys that demonstrate exceptional characteristics, like magnetic properties, electrical resistance, thermal expansion, corrosion resistance, and heat resistance, etc.

Iron castings are produced by molding iron alloys or molten iron. Gray iron is possibly one of the oldest worked metal used for casting. The metal is also one of the most abundant and least expensive material.

Gray iron was the original cast iron, though it has recently been replaced in various applications by other iron-carbon alloys with higher tensile strength. Ductile iron, as the name suggests, has high ductility than traditional iron materials, such as gray iron. These materials incline to be brittle and are prone to fracture under high tensile stress.

Iron is cast as like any other metal. It is poured into a mold and extracted after cools down. There are different types of casting methods, through which iron can be molded, which include shell molding, green sand molding, and centrifugal molding. The procedure through which the iron is caste can effect the mechanical properties of the metal, especially in regard to its cooling rate. Iron castings are used in a variety of applications, including - automotive, appliance, agricultural, and machinery industries. Cast iron components are used pump housings, engine blocks, electrical boxes, decorative castings, and more.